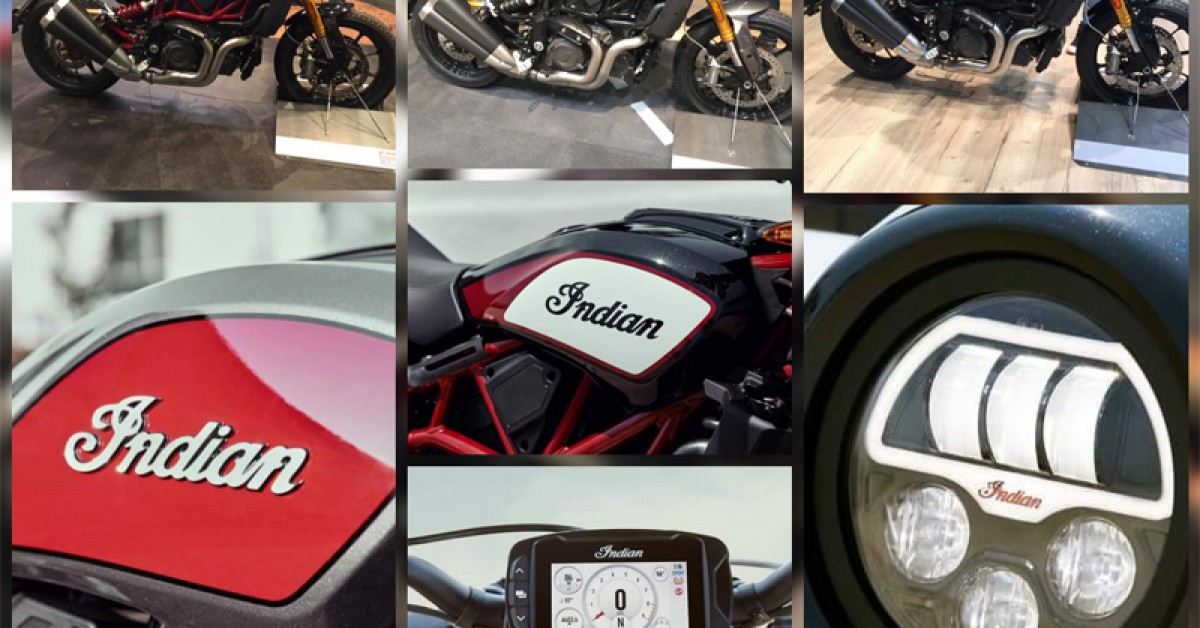 Here's what we know so far.

Indian used the Intermot show in Cologne as the pedestal to launch the all new FTR1200 & FTR1200S ready for 2019. It's been almost 12 months since Indian hinted at the production flat tracker when the unveilled the FTR1200 Custom at EICMA in Milan last year. Since then it has been a massive secret whith zero details on how the bike would look or what features it would have being leaked.

So as we all expected the FTR1200 has an entirely new platform compared to it's simplings. Using their experience in the American Flat Tracker Racing Series, Indian constructed a strong, light weight trellis frame which houses nothing other than a 1200cc V-twin engine. However, This is not just an Indian Scout in a sporty tracksuit! The FTR1200's engine has been redesigned from the ground up to provide as much performance and power as possible. The FTR will produce around 120bhp and 85 ft-lbs of low end torque.

Both FTR models will come with an impressive array of spec and equipment. Both models will come as standard with full LED lighting including an all new high-output LED headlight, a USB socket built in to the dash, cruise control, specially designed Dunlop and Brembo brakes.
Over and above the "base" model the FTR1200S will come with fully adjustable front and rear suspension, 4.3" Ride Command LCD touchscreen, adjustable rider modes and lean-sensitive traction & stability control.

Prices are expected to start at £11,999 and £12,999 for the FTR1200S. There will be various performance upgrades available such as performance exhausts from Akrapovic and S&S.

We will be hosting a dealer launch event towards the end of the year and the first bikes are set to arrive in Spring 2019.

We have started taking orders on the FTR1200 as initial stock is expected to be limited and in high demand!