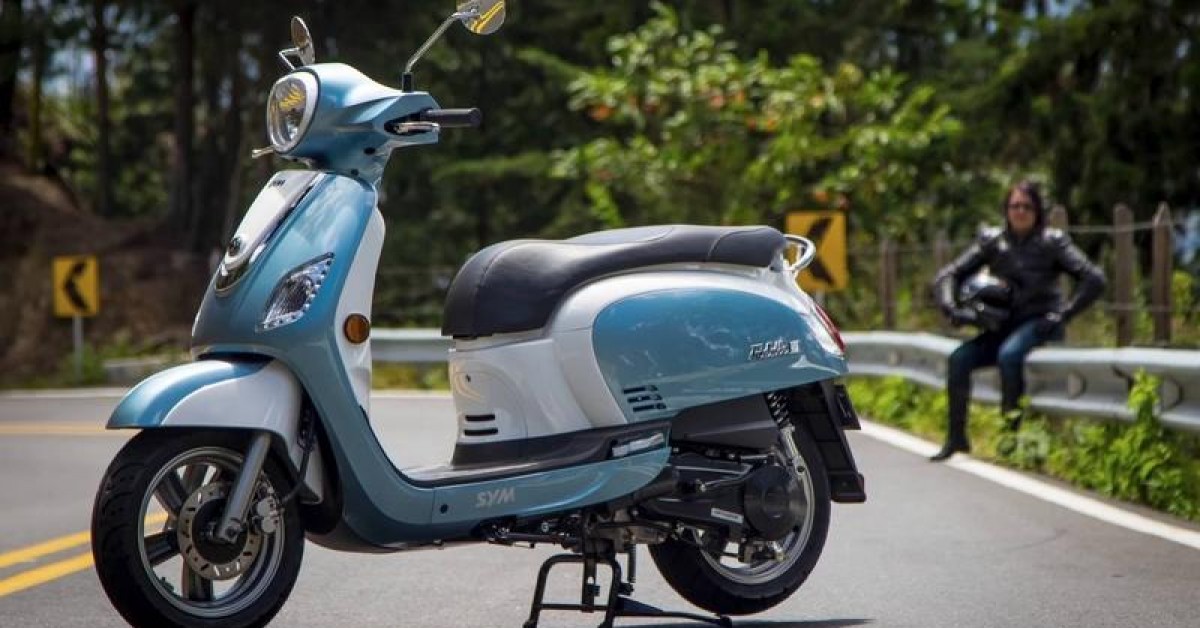 by Allyn Hinton, on March 16, 2018, 08:00
Equipped with a new 169 cc fuel injected engine, the Fiddle III 200i from SYM is rated for 89 mpg, making it attractive as a commuter or an around-town errand runner. New bodywork gives the Fiddle a retro look and new seating provides more comfort for on-the-road travel. As one of SYM’s mid-range scooters, you get modern performance with an accessible price tag.

The Sanyang Motor Company is one of the largest Asian scooter manufacturers, and it produces well over half-a-million vehicles a year to include scooters, four-wheeler ATVs and even does some outsource work for Hyundai building cars and minitrucks. Yet, we don’t hear as much about SYM as we do some of the others like Honda, BMW and Piaggio/Vespa. I chalk that up to exposure and advertising, which is a shame since the Taiwan-based manufacturer has a lot to offer and the Fiddle III 200i is a case-in-point.

Right off the bat, I gotta’ say that I like the looks of this ride. It has some classic elements such as the handlebar fairing that encompasses the headlight, switch housings and instrument cluster, as well as a fairly flat face on the legguard panel. The turn signals come recessed low in the fairing and out of harms way while the cyclops high/low beam headlight rides up top.

Moving aft, we have a full step-through with the flat deck that I prefer for ease of mounting and carrying groceries between my feet. The flip-up seat has just enough of a butt-locater bump to make it a little weird to slide back for more legroom, but obviously it isn’t as definite of a stop as the butt bucket on the Honda Forza, for example.

Retro-looking side covers come with the classic wasp shape with a luggage rack-grab rail to finish the upper rear. The rear turn signals are recessed next to the large tail light housing above the rear mudguard, and the three lights come with a stylish shape that really dresses up the rear end.

As with many scooters this size, the rider triangle is friendly to shorter pilots, but inseams over 31-inches tall or so will feel a little cramped in the legs. This may be fine in the Asian markets, but it’s going to cut out some potential customers in the U.S. market, I fear. Seat height falls just a half-inch shy of an even 30, and the low center of gravity makes it easy to control with feet up or down.

The Fiddle III comes with a combined-brake system that increases safety by balancing the braking pressures a bit. When the rear brake is actuated, the CBS sends pressure to one of the three front-caliper pistons so you automatically get some slowing action on both wheels at once. It’s not quite the same as having ABS protection, but it’s certainly better than nothing.

The factory uses a 190 mm disc up front, and a larger 220 mm disc in back, at least according to their specs. I didn’t measure it. I’m seeing this more on the small-to-midsize scooters. Cast-aluminum rims mount the 12-inch hoops, and the rubber comes in a 110/70 profile up front and a 120/70 in the back. Small wheels to be sure, and not quite as confidence-inspiring as some of the larger options.
Top speed is on the generous side of 65 mph depending on grade, tailwinds and how much you had for lunch that day.

As you’d expect, we have a one-lung engine to drive the thing. SYM keeps the 169 cc thumper simple with air cooling, but graces it with electronic fuel injection to meet emissions standards and deliver the 89 mpg claimed by the factory. The four-stroke mill runs a warmish, 10.2-to-1 compression ratio that will put you at the premium pump, and the final drive uses a centrifugal clutch and the usual CVT transmission for twist-and-go operation.

Power output falls in the expected range with 9.21 pound-feet of torque at 5,500 rpm and 11.8 horsepower at 7,500 rpm. This gives us a top speed on the generous side of 65 mph (depending on grade, tailwinds and how much you had for lunch that day), so I’m not comfortable calling this ride capable of hitting the superslab. Better keep it around town and pick your route well.
t's hard to go wrong with a true Italian-made scooter, but if the near-double price tag hurts your feelings, the Fiddle is your Huckleberry.

Given the old-schoolish design of the Fiddle, I felt it was appropriate to look at the classiest of the classics and went straight to Vespa for its Sprint 150. Granted, it’s hard to beat Piaggio for scooter aesthetics in my humble opinion, but looks ain’t everything. On the surface, we have nearly the same legguard fairing that sports a boomerang shape in profile and presents a gently curved entry to the wind.
The Sprint’s step-through isn’t quite as complete as the Fiddle’s because of the slightly raised tunnel feature, but it does little to impede mounting and dismounting actions. Both carry the typical rear side covers, but naturally, the Wasp has more of a definite taper at the extreme rear end, hence the name of the original.

Vespa really likes its single-side, trailing-link front suspension that uses a coil-over shock to dampen motion at the front wheel, but I gotta say I prefer good old telescopic “juice” forks, me. Each ride has something to offer in the brake department. The Fiddle comes with a CBS feature that helps to balance brake effort, but Vespa goes to the top shelf for proper ABS protection. Touché Vespa.

Engine size is comparable with the Sprint coming in a trifle low at 154.8 cc versus the 169 cc Fiddle. Like everything else, there is a trade off to be had here. The Sprint turns in superior mileage with a claimed 110 mpg against the 89 mpg one can expect from the Fiddle, but the SYM ride claims a 65-plus mph top speed while Vespa claims only 59 mph. Yeah, it’s only 6 mph difference, but that can be a big factor when choosing what roads you’re comfortable riding on, and I know some folks claim a bit more than 65 mph on the Fiddle.

Ever the proud one, Vespa markets the Sprint 150 for the everyday low price of $5,399, well above the frugal $2,899 sticker on the Fiddle. There’s a reason why Vespa is like the Harley-Davidson of the scooter world: they make a good product, but get a little nuts with the pricing. I suppose it’s hard to go wrong with a true Italian-made scooter, but if the near-double price tag hurts your feelings, the Fiddle is your Huckleberry. 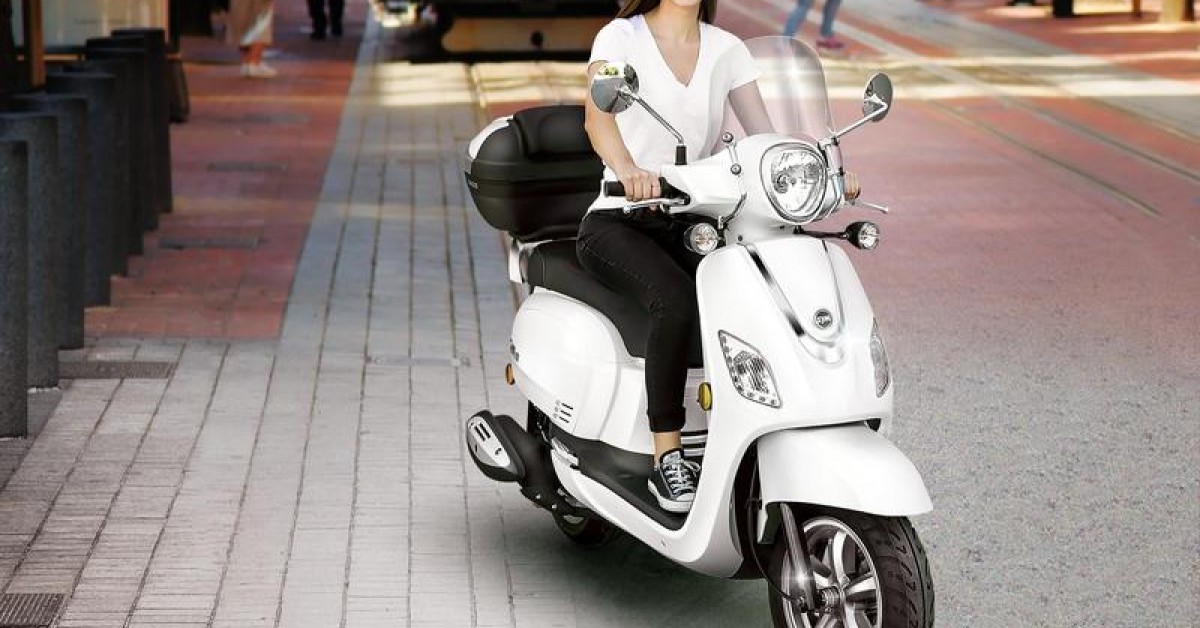 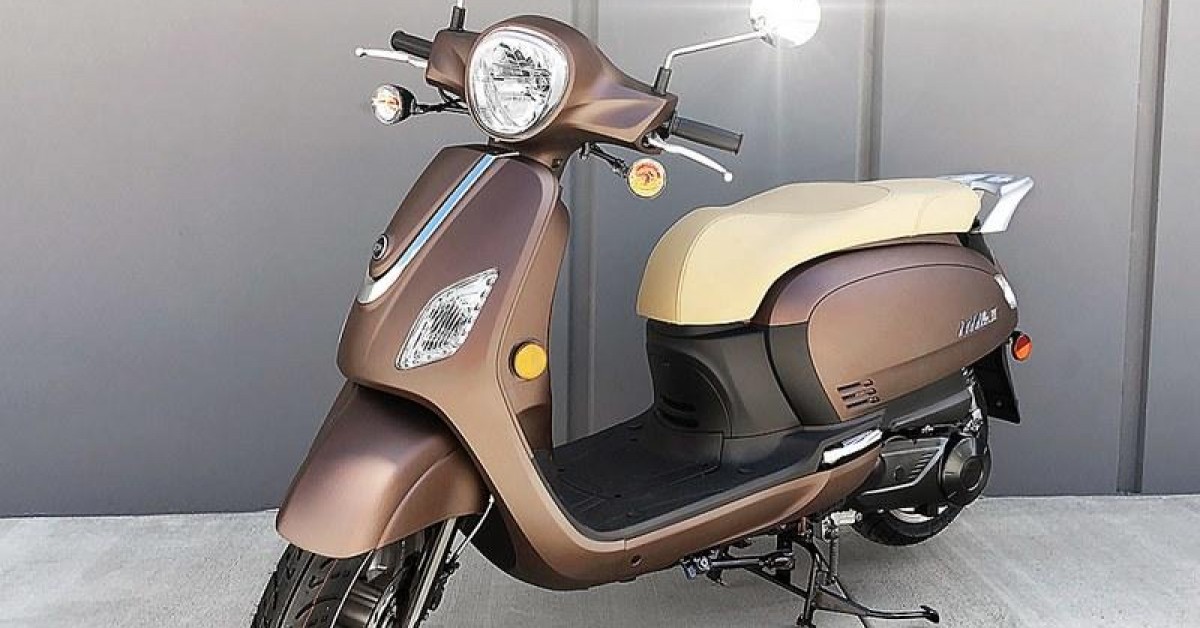