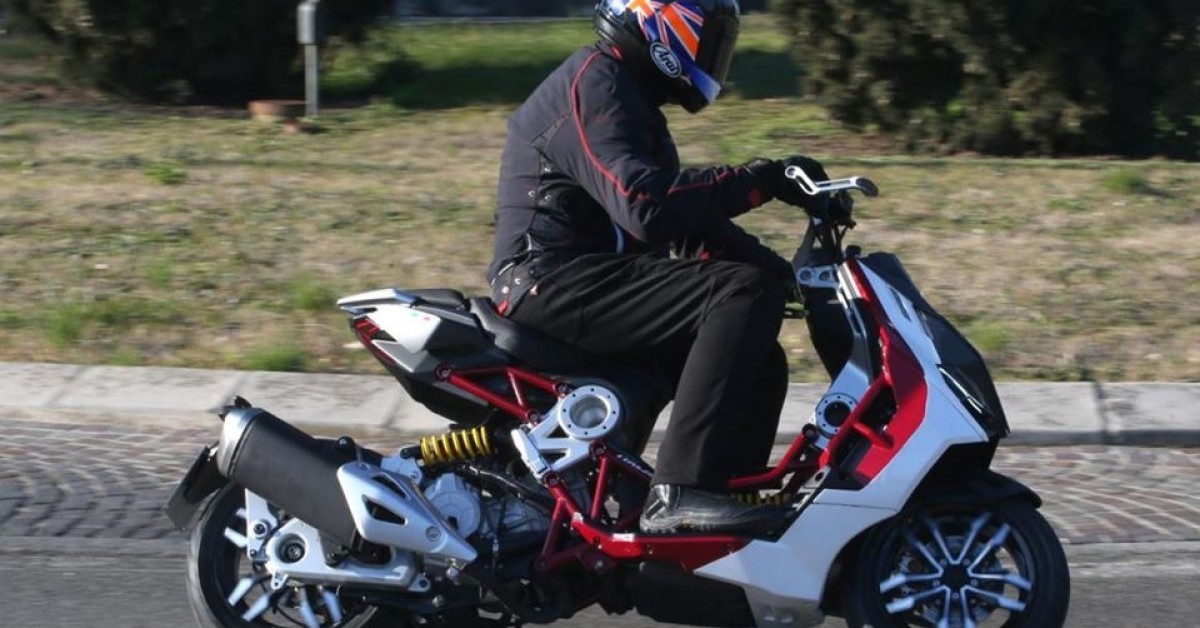 First posted by Fórmula Moto but it was in Spanish so I've translated it to English, apologies for any poor translation

The Italjet Dragster 125 is a unique scooter. Between 1995 and 2003, 70,000 units of this model were sold, equipped with multitubular chassis, alternative front suspension and radical style. A testament to innovation. Unfortunately, Italjet disappeared along with other prestigious Italian brands such as Malaguti (now reborn within the Austrian group KSR) and Garelli. Its founder, the great Leopoldo Tartarini, died in 2015 and he will surely be proud of the work done by his son Massimo, 55, who has brought his icon the Italjet Dragster back to life.

This engine was built before in China for Piaggio by Jincheng, but after Piaggio closed exclusive agreements with Zongshen, Jincheng has evolved on its own these engines for its own models and for other manufacturers, such as Italjet. As part of this agreement, Jincheng will also manufacture Dragster under license in China, solely for its domestic market.

HOW IS THE ITALJET DRAGSTER 125

The Italjet Dragster is the only scooter in the world with a multitubular chassis made of steel bolted to two aluminum swingarms at the front and rear. The tubes of this chassis are much larger than in the original version, with units between 24 mm and 28 mm in diameter, the same as in a Ducati! It maintains the front single-arm swingarm system with direction in the central axis through a system of connecting rods with which the handlebar acts as its predecessor, and the geometry dimensions are the same. But the swingarm is now forged aluminium instead of steel and the wheelbase is longer (1,335 mm versus 1,310 mm) for greater stability, in addition to leaving more space for pilot and passenger. The latter has independent handles and footrests.

The alternative front suspension differentiates the functions of suspension and steering, which optimizes driving especially in braking, since the transfer of weights forward is minimal even in the most aggressive. In addition to being aesthetically very good, it reduces the impacts from the asphalt and the vibrations that reach the handlebars.

As before, the front and rear swingarms have one with a single shock absorber, adjustable in preload, signed by Bitubo. Likewise, now the sizes of both tires are also differentiated, being larger in the current one. A Pirelli Diablo Rosso 120 / 70-12 with a 150 / 70-13 rear is mounted in front. The braking is combined with a front disc of 175 mm in diameter and a 240 mm rear, both with Brembo calipers. The ABS is reserved for the 200 cc version. The 9 l tank. of capacity is located under the central platform, which lowers the centre of gravity for superior distribution of masses, while the handlebars delayed, very sporty, are made of aluminium and mount Domino fists.

But it is the extreme and uncompromising design of the Italjet Dragster that sets it apart from any other scooter, as was already the case with its predecessor. He likes to leave his technology insight, such as the chassis or the SIS (Independent Steering System), so that he moves away from the current trend in which all models resemble each other. A car like the Ariel Atom or the design of the Beaubourg Museum of Modern Art in Paris reflects this theory. And its price will not be exorbitant for your proposal. In Italy they will be sold for prices between € 5,000 on 125 cc and € 5,500 on 200 cc, including taxes.

HOW THE ITALJET DRAGSTER 125 GOES

I recognize that I declare myself an unconditional fan of the Italjet Dragster since I first saw them 25 years ago. I even bought one of the first generations as a means of transport in the circuits when competing in European circuits, also to go for a drink, to watch a movie or a football game. That is, anywhere I knew I was going to have parking problems. It was the 180 cc version and accelerated very well. But what I liked most was how well planted it felt, its stability at any speed compared to other conventional scooters. I also have to say that I am a fan of the Bimota Tesi, so choosing an Italjet Dragster was the logical thing, and how good it feels to see how everyone looks at you in their path! It was a model as practical as fun to wear. I guess that's why they stole it from me. When I recovered it, it was broken. Goodbye my Italjet Dragster ...

Imagine my enthusiasm when I had the opportunity to try the new Italjet Dragster 2020 when there are still six months left to start its commercialization. It has been with version 125 near the Italian Via Emilia in the picturesque city of Dozza. Its streets are decorated with dozens of paintings, a perfect framework for a modern work of art on two wheels such as the Italjet Dragster.

Despite its image, it is a really useful model. To ride at about 110 km / h you must raise it to 10,000 rpm without any vibration thanks to the balancing shaft system designed by Piaggio engineers. When you enter the steep streets of this Italian city, the Dragster does not seem to complain about my 85 kg of weight, only in the torn ones. The recoveries of your CVT system are remarkable once you have picked up speed. With companion, I guess the picture will change a lot.

But this model is a scooter to carry alone. This is not only beautiful, but practical. With my 1.80 m height, I can sit comfortably, in an upright position on its 770 mm high seat without my knees hitting the backrest. Also the space on the platform goes well with my feet of 43, although if you use more number you will go more fair.

As in my previous Dragster, your address is not nervous as you would expect from some tires of this measure. The cause must be its central axis direction. Although the day of the test was very cold, the Pirelli Diablo quickly warmed up to offer a good grip. However, I had a couple of situations in which I would have preferred to have worn an ABS when driving the front wheel on almost icy wet asphalt. Brembo brakes are effective and offer you a lot of control, although you should get used to using both at the same time with force when you start at 100 km / h. The Bitubo suspensions were not yet definitive as they were a pre-series model, but they were very well regulated for my weight. In front freckles of soft on asphalt in poor condition, but does not get to head in strong braking. Keeping the scooter flat in these situations remains the exclusive premise of these alternative suspension systems. Good job!

There are many brands that develop spectacular models that later do not reach production. In Italjet the opposite has always happened, tanton with Tatarini father as with his son. Their ambition to anticipate trends, think in an original way and, above all, be original, push them to offer always different models. I remember that when it was presented in the past, a Dutch distributor defined Italjet Dragster as the Lamborghini of scooters. I prefer the definition of a British journalist who told me that it was the "chrysalis of a Superbike World motorcycle." Too bad it hadn't occurred to me before! When he rolls around the city, he does it like a glamorous butterfly. If you prefer to go unnoticed, you better not ride an Italian Dragster. 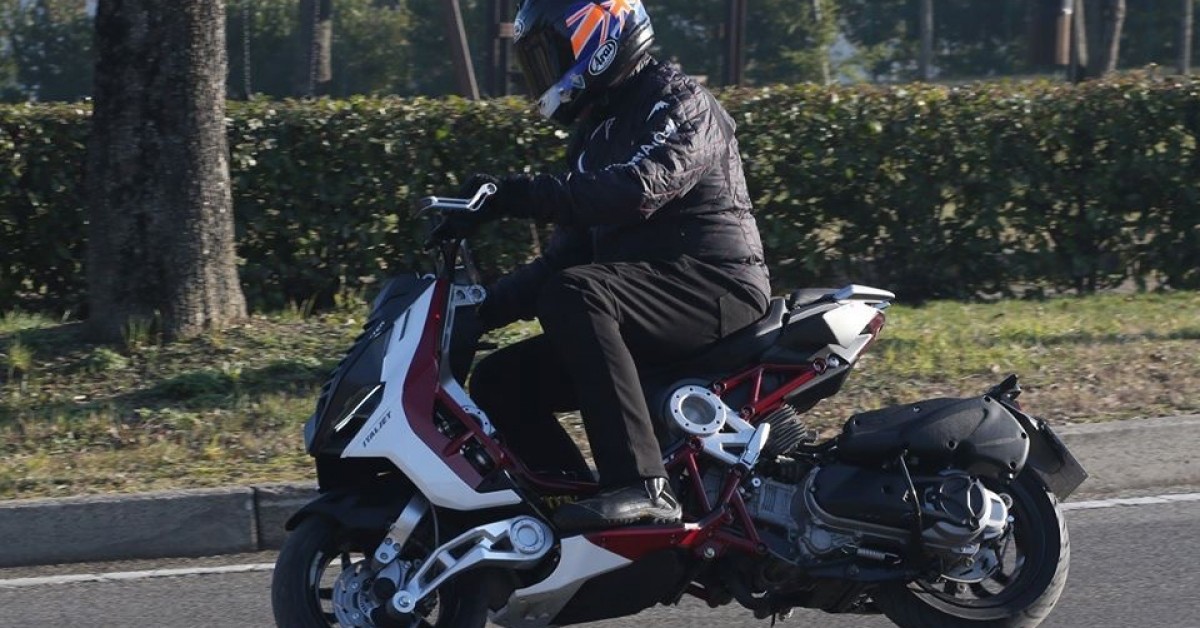 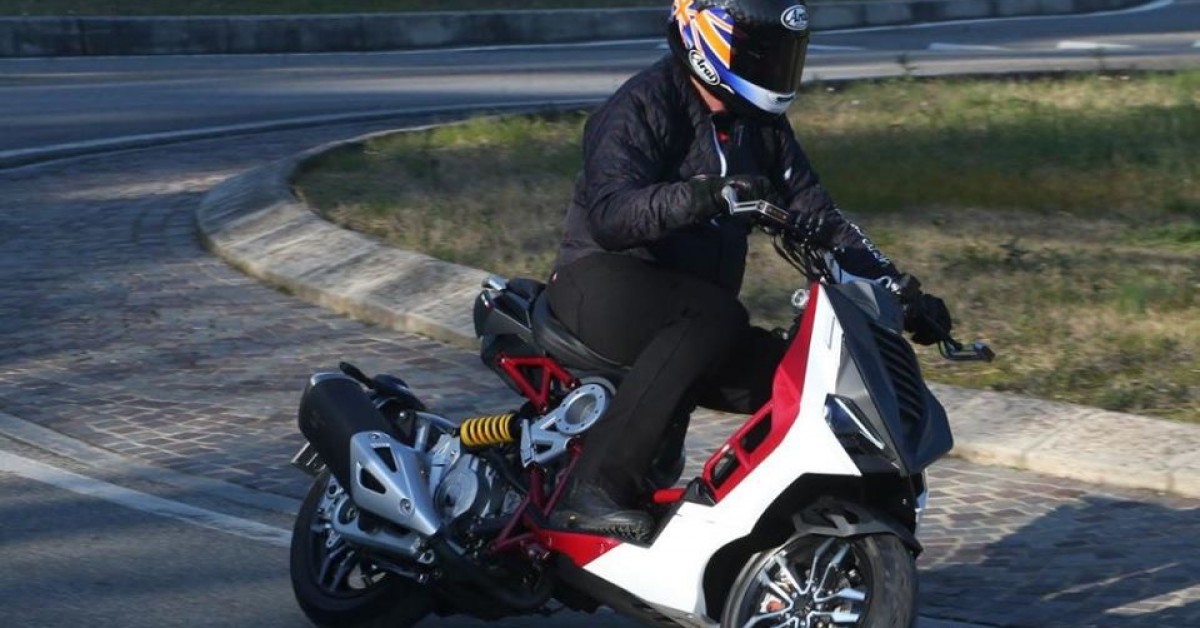 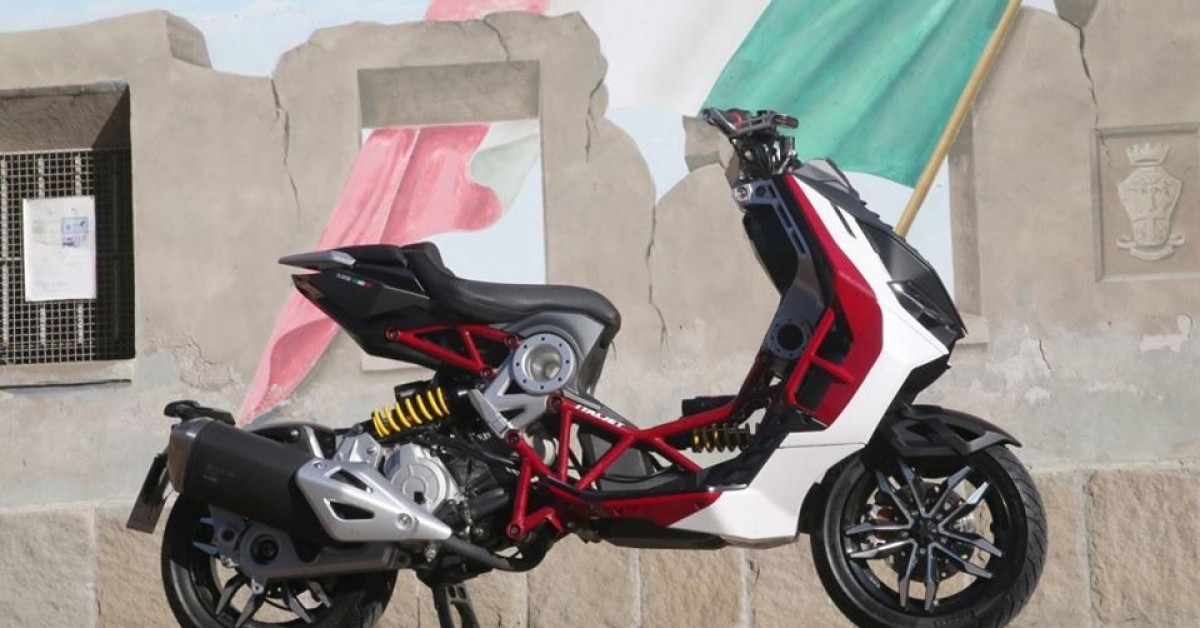